Phaistos (GR: Φαιστός – also spelled : Phaestos, Phaestus, Faistos, Festus and Festos) was one of the most important centres of Minoan civilization, and the most wealthy and powerful city in southern Crete. It was inhabited from the Neolithic period until the foundation and development of the Minoan palaces in the 15th century B.C.
The Minoan city covered a considerable area around the palatial centre. After the destruction of the palace in the 15th century, the city continued to be inhabited in the Mycenaean and Geometric periods, that is, until the 8th century B.C.

The exact location of the Palace of Phaistos was first determined in the middle of the 19th century by the British admiral Spratt, while the archaeological investigation of the palace started in 1884 by the Italians F. Halbherr and A. Taramelli. After the declaration of the independent Cretan State in 1898, excavations were carried out by F. Halbherr and L. Pernier in 1900-1904 and later, in 1950-1971, by Doro Levi, under the auspices of the Italian Archaeological School at Athens.
More about the excavations at Phaistos

Although many inscriptions were found by the archaeologists, they are all in Linear A code which is still undeciphered, and all we know about the site, even its name are based to the ancient writers and findings from Knossos.
According to mythology, Phaistos was the seat of king Radamanthis, brother of king Minos. It was also the city that gave birth to the great wise man and soothsayer Epimenidis, one of the seven wise men of the ancient world.
Excavations by archaeologists have unearthed ruins of the Neolithic times (3.000 B.C.).
During the Minoan times, Phaistos was a very important city-state. Its dominion, at its peak, stretched from cape Lithinon to cape Psychion (Today cape Melissa at Agios Pavlos, South Rethymnon) and included the Paximadia islands. The city participated to the Trojan war and later became one of the most important cities-states of the Dorian period.
Phaistos continued to flourish during Archaic, Classical and Hellenistic times. It was destroyed by the Gortynians during the 3rd century B.C. In spite of that, Phaistos continued to exist during the Roman period.
Phaistos had two ports, Matala and Kommos.

The most important monuments of the site are:
The Palaces (old and new). They are built of ashlar blocks and spread on different terraces. To the central, peristyle court are opened the royal quarters, the storerooms, a lustral basin, and workshops. The monumental propylon and the large staircases faciliate access to the many terraces.

Minoan and later town. Sections of the town have been located at the sites called Chalara and Aghia Photeini, SE and NE of the palace, respectively.

Venetian church of St. George of Phalandra. It lies to the west of the palace, on the left of the road that leads to the archaeological site of Aghia Triada and Matala.

Payment via VivaWallet where you can pay by debit or credit card directly to the bank without posting to us card details.

Selin
10
Verified review
☺The location is perfect especially if you have little children the beach is excellent as the sea is shallow, warm and sandy. The house is very close to the beach. The apartment is spacy and comfortable and has a very cute balcony, surrendes by palm trees. The owners are very friendly and helpful. You can park in their garden hence you do not have any parking problem. They gave us great tips and allowed us to have late check-out without any costs. We had our rent a car already but they help you also with rent a car. We really enjoyed our stay and hopefully come back again. ☹All good.

Costa
10
Verified review
Great service that extended beyond accommodation. Their advice on restaurants, bakery, beaches, supermarkets was great as were the directions given. If you prefer not to drive transport is readily available close by and the beaches are very close. Thank you for a wonderful stay.

Janet
10
Verified review
Book this cozy place.! Such a great little place! I arrived after dark traveling alone with two kidz. They made sure we was picked up at the airport and arrived safe and sound. Then took us for a tour and showed us the nearest market and the beach that was 2min walk away late in the evening. The fridge had cold water and fruit ready for us upon arrival,very nice after a long flight! All through the stay did they answer any questions we had and was very helpful, the rooms where clean and tidy. I can really recomend Zinovia!

Reviewer
10
Verified review
Close to the beach and to nature, you can hear different birds singing - very peaceful. In you travel in the spring months and there is bad weather, ask for extra heating and blankets (we did and it was confortable).

Reviewer
10
Verified review
The owners are very friendly and hospitable. They were eager to help us making our stay as comfortable as possible by answering questions, giving ideas about where to go, helping us to rent a car and keeping the studio clean and tidy. They even gave us tangerines from their own tree. The studio looks exactly like you can see on the pictures. The location is good, close to a nice beach and to a bus stop, so it's easy to go to Chania from there.

Melissa Stansfield
Επαληθευμένη κριτική
We had a great stay here! We were welcomed by the family with ice cold water and juice. We were also given loads of tips about all the attractions that we should go see around there! If we had any questions about attractions or bus times someone was always around to answer any questions. Only thing was there was no mount for the shower head so you have to hold it whilst you shower. Loads of parking inside the accomodations.

Expedia reviewer
Επαληθευμένη κριτική
Great service that extended beyond accommodation. Their advice on restaurants, bakery, beaches, supermarkets was great as were the directions given. If you prefer not to drive transport is readily available close by and the beaches are very close. Thank you for a wonderful stay.

Kristine F
Verified review
Wonderful stay I had a very nice stay at Zinovia and would be happy to return one day. The room is large and clean and I liked having a balcony to sit outside. The beach is less than 5 minutes walk from the property and there are several restaurants just around the corner. The owners were extremely attentive and helped me find my way around and also helped me communicate with the car rental people.

Marin81
Verified review
Everything perfect The apartments are situated very close to the beach. They are very confortable and well taken care of. Everything is very close shops tavernas etc. The hosts are extremely welcoming and helpful. In short a perfect stay. Thank you 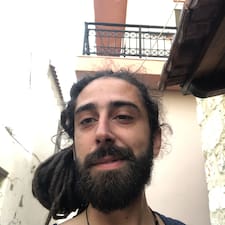 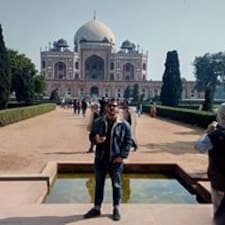 Dimitris
Επαληθευμένη κριτική
Really nice and clean place to live next to the beach! Perfect hospitality! 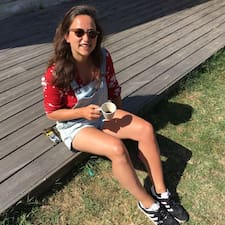 Marika
Επαληθευμένη κριτική
Perfectly clean place next to the beach, super close to Chania and very kind and welcoming hosts. They were also flexible with checking in and out times. Thanks for a great stay! 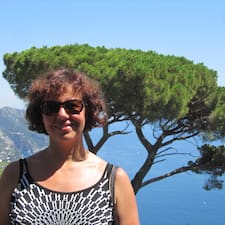 Tetyana
Επαληθευμένη κριτική
Apartment is located 50 meters away from the beach, in a quiet place, 5 min walk from the closest bus stop. Stella's family is very nice and welcoming, ready to answer all the questions and help with anything you need. The apartment itself is spacious, well equipped - we had everything we needed for a week, enough sleeping places, cozy balcony. We enjoyed our stay a lot and would be happy to come back. Highly recommended! 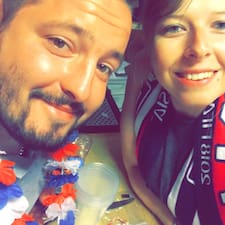 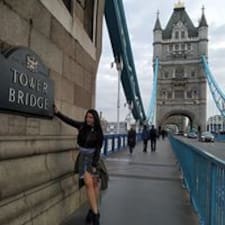 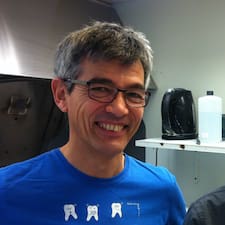 Ron
Επαληθευμένη κριτική
A lot of value for your money 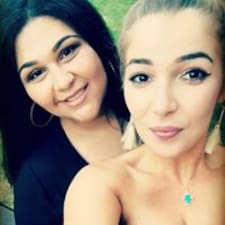 Stephanie
Επαληθευμένη κριτική
Such a great place! Has everything you need and the owners were so sweet and kind! Would definitely recommend! Great location for beaches! Beautiful area and great place to stay! Couldn’t be happier! Value for money! Book Now
We use cookies to provide you with the best experience on our site. If you continue to use the page, we will assume that you are happy with it.OkPrivacy policy